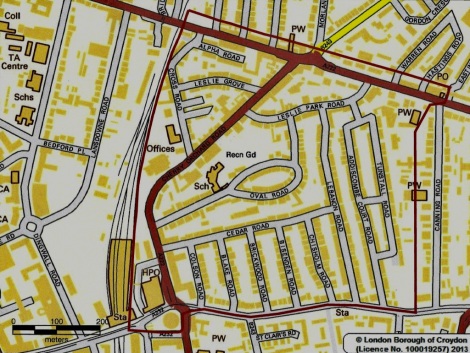 The deadline for responding to consultation on Croydon’s Local Plan has been extended until Monday, 20 January.

The Plan divides the borough into 16 “places”. This is to enable engagement and consultation with communities that would be sensitive to local sensibilities.  The ECCO area is included in two of these places – Central and Addiscombe.

There has been pressure upon Croydon for the last two decades to provide more housing. It was originally expected that the town centre and periphery areas would be able to satisfy that demand. However, this demand has doubled to over 40,000 housing units, and the council how has to look to outer areas to meet that demand. The search for suitable sites in these areas has run into extensive opposition and not delivered enough space to meet the target.

Between 877 and 1448 new homes are proposed in the ECCO area and the adjacent south side of Addiscombe Road. In comparison, the rest of Addiscombe Place is scheduled to have only between 41 to 181 new homes, over a much wider area.

The ECCO area is required again to carry a significant burden of development with no obvious benefit for the local communities.

The ECCO steering group believe that the ECCO area should not be included in Addiscombe Place and that the challenges it faces on the periphery of Central Croydon be recognised and responded to.

Click here to have your say about plans for Central Croydon Place https://getinvolved.uk.engagementhq.com/CentralCroydon

Click here to have your say about plans for Addiscombe Place
https://getinvolved.uk.engagementhq.com/Addiscombe