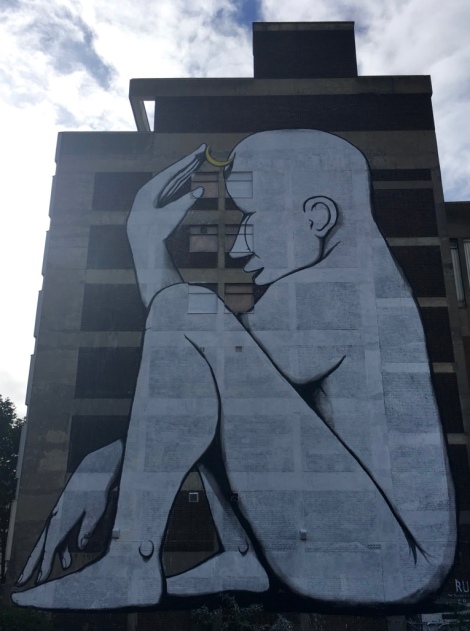 Another public consultation event will be held in Davidson Lodge at the end of Freemasons Road, the premises of the Croydon Neighbourhood Care Association , 4-8pm, Wednesday 14 November.

What are we being consulted about?
The creation of two additional platforms at East Croydon station, and the provision of additional tracks north of the station to both London Bridge and Victoria stations.

What is needed is dedicated routes, so that trains do not have to queue for their place. To fit in the two new tracks Windmill Bridge would need to be rebuilt, which would have major implications for the Lower Addiscombe Road area.    Network Rail is proposing to build more flyovers in order to improve train flows along the tracks in the “Selhurst Triangle”.   Network Rail would consider building offices over the station and tracks as a means of sharing the cost of the scheme.

This has been branded by Network Rail as “Unblocking the Croydon Bottleneck”.   More formally, it is known as “Croydon Area Remodelling Scheme” (“CARS”).   And for you and me, it would be – if implemented – the biggest development in the borough since the Town Centre was developed in the 1960s.

During November 2018 Network Rail will be holding a series of consultation events locally, and will launch an online consultation hub on November 5th at https://consultations.networkrail.co.uk/communications/croydon-area/

What is the problem?
It is a capacity issue.   The providers have no capacity to run more trains once the 2018 timetable has been implemented.   Croydon is the crux of the problem.   The Croydon bottleneck is at the Selhurst triangle, where lines meet.

Are we just talking about a railway development?
Almost certainly there would be much ancillary development (i.e. connected geographically to the station itself) of a retail, office and residential nature.

What is driving the proposal?
The need for greater capacity on the Brighton to London lines.   The recent decision to open the emergency runway at Gatwick as a second runway further increases the need.

Is this pie in the sky?
No, feet are planted firmly on the ground.   A business case was presented in 2016 for the Department for Transport (DfT) which concluded that the scheme suggests “high value for money”.    The current feasibility study is being undertaken at a cost of over fifteen million pounds.    The Network Rail is footing the bill via a DfT grant.

The cost?
Who knows?  But we are talking about well over a billion pounds.   So although it is not pie in the sky it is not a foregone conclusion either!

Who will pay?
Much capital would be needed from central government pockets, but we are almost certainly looking at several or many private and public sector partners/developers.  Croydon Council would be a partner, but it is impossible to say now what if any capital and revenue costs might fall on the Council.

Will Network Rail be putting in a planning application?
It would have to if the scheme is to progress.   Such a plan would probably require determination through a public enquiry.   Parliament would need to enact a Transport and Works Act.

What about land acquisition?
Two new tracks would entail land purchase.   There is a possibility of a flyover – not a cheap engineering solution.   Freeholders of homes and businesses whose properties may be subject to compulsory purchase have already been notified.   They would be subject to Transport Works Orders (i.e. compulsory purchase).   The impact on people close to Windmill Bridge, and in particular Gloucester Road, would be particularly considerable.  Windmill Bridge would need rebuilding in order to accommodate new track.

The effect on local road network?
Obviously, there would be implications for Gloucester Road, probably entailing the closure of the southern end.

What about the old post office site, and the bridge to nowhere?
Don’t expect much to happen before the scheme goes ahead, if indeed the scheme does go ahead.   There would have to be construction/storage sites and access points somewhere adjacent to the station both to east and west.

Can we expect any improvements to the station itself?
There would probably be six entry/exit points:  two at each side and two in the middle; there would probably also be a new main concourse where the bridge is,  with escalating stairs.

When is the earliest the project would commence?
Work could possibly commence in 2022.   Before then, the partners and their money would need to be identified, which might perhaps happen by 2019 and perhaps not.   Then there would need to be a further two years for applications and consultations and public enquiry and parliamentary time.

And how long might it take to complete?
About six years.  So not before 2028.   Of course, trains would continue to run during the construction period.    We guess that at times services might be disrupted!

You can email them at addiscombe@croydonlabour.org.uk.  You can attend their surgery on the second Saturday of each month between 10.30 a.m. and 12 p.m.   The venue is the Sir Philip Game Centre,  38 Morland Avenue,  Croydon, CR0 6EA.   The next two dates are 10 November and 8 December.